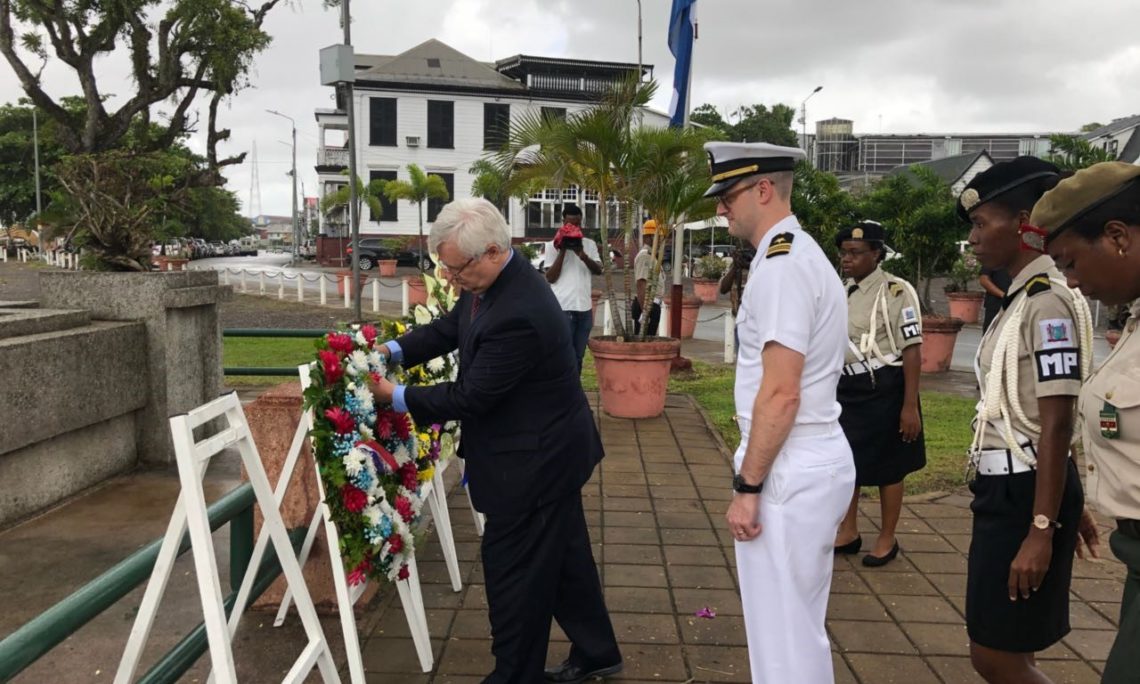 Ambassador Nolan placed a wreath at the Suriname War Monument during this morning’s ceremony to commemorate the Surinamese soldiers killed during World War II.  The Surinamese soldiers were part of the Dutch contingent of allied troops.  Today marks the 73rd anniversary of the liberation of the Netherlands.  Also taking part in the waterfront wreath laying ceremony were ambassadors from the Netherlands and France along with Suriname officials.