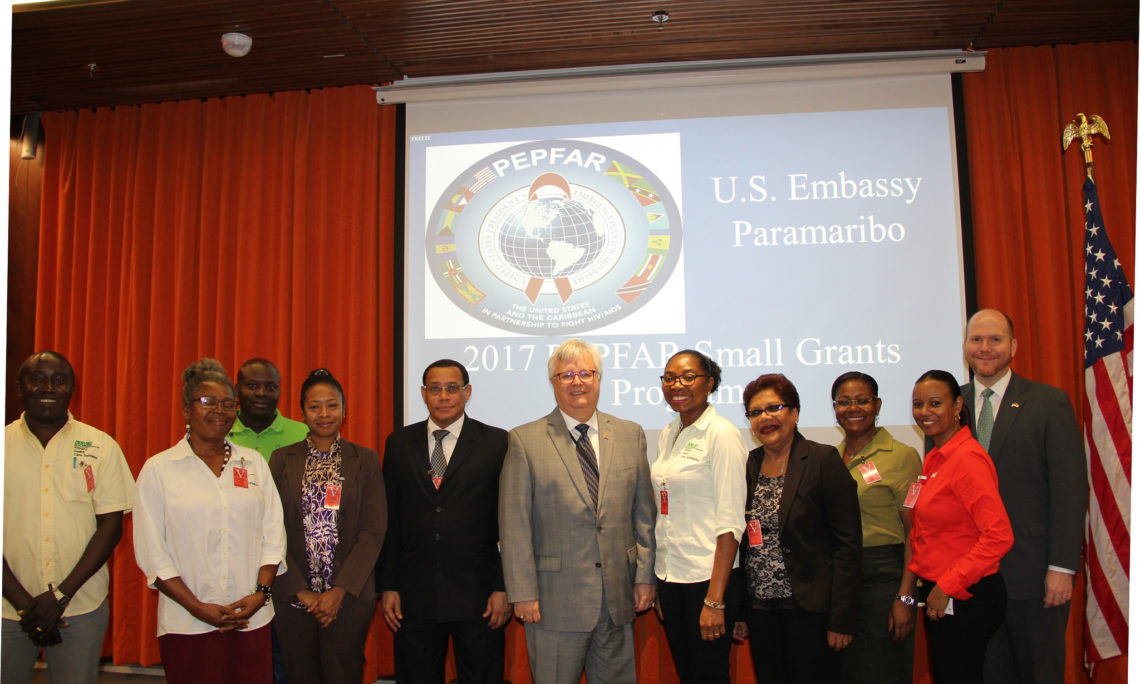 The Suriname Business Coalition against HIV/AIDS will address the Key Population “Men having Sex with Men (MSM)”, including persons who feel compelled to hide their sexual orientation from colleagues.  The Medical Mission Primary Health Care will distribute HIV/AIDS health promotion toolkits to its medical clinics in the interior.  Its project will address “Sex Workers”, another PEPFAR Key Population.

Both recipients have received a PEPFAR Small Grant in previous years.