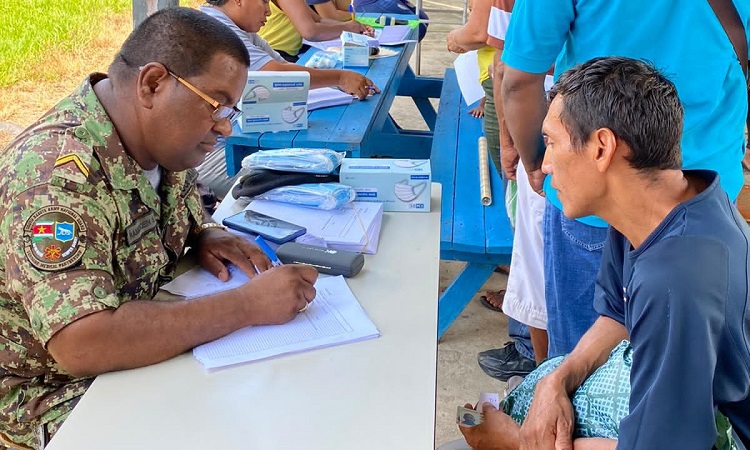 The United States Embassy in Paramaribo, Suriname, is pleased to announce the donation of USD$4,456 of dental supplies and $8,000 of medicine for the residents of Apoera, as well as $9,996 of school supplies for all 470 students within the primary and secondary schools in the community.  The donation came from the U.S. Southern Command (SOUTHCOM) in support of Operation Gran Mati, “Great Friend”, the civil-military operation of the Surinamese National Army (NL).  The weeklong exercise was officially launched Monday, 26 September.

The event, which this year included the supplies from the United States and the participation of several medical and dental specialists from the Netherlands, is a welcome addition to regular healthcare in the districts and a chance for more rural communities within Suriname to have access to much needed medical attention.  SOUTHCOM personnel oversaw the delivery of supplies in cooperation with the NL.  In total, over 24 medical specialists attended the Gran Mati, including one dentist and three dental assistants from the Netherlands, a team of optometrists from Paramaribo, and two doctors from the MMC in Apoera and MMC in Nickerie.

The deployment of personnel from SOUTHCOM for Gran Mati is a step to further strengthen military cooperation between the United States and Suriname.   As Ambassador Karen Lynn Williams noted: “The United States is proud to be a part of such an important program and we are happy to have a chance to be a gran mati to the people of rural Suriname.”