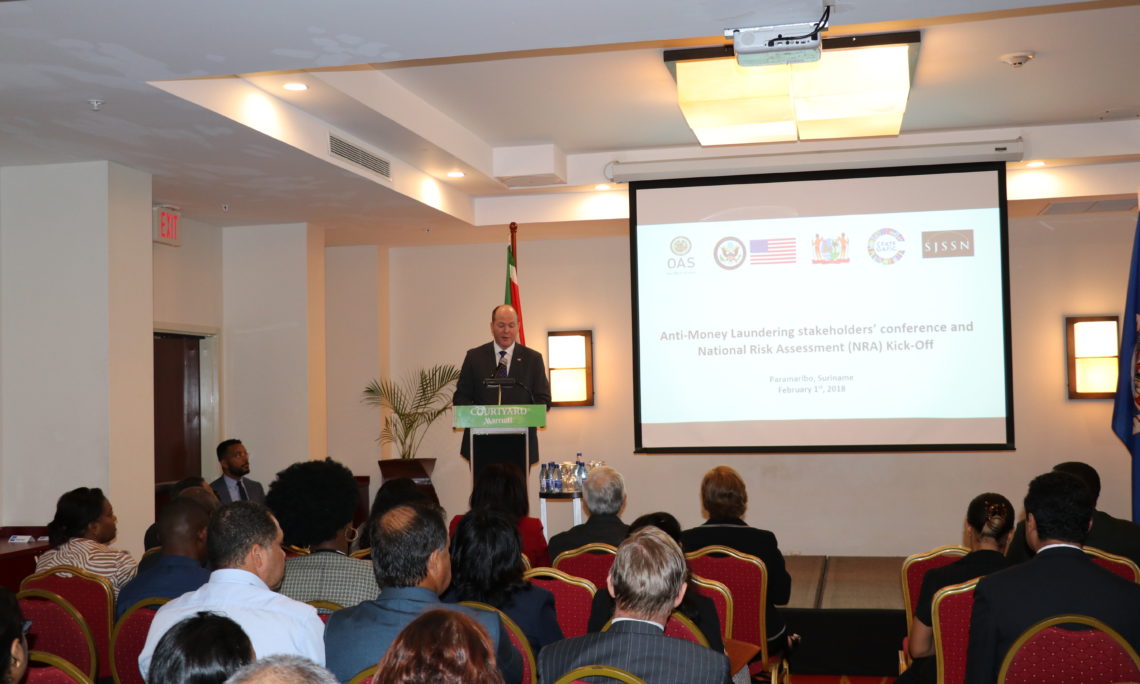 The Government of the United States of America, through its Embassy in Paramaribo, the Organization of American States’ Department against Transnational Crime, and Stichting Juridische Samenwerking Suriname-Nederland hosted the National Risk Assessment Workshop on January 30 and 31, and the Anti-Money Laundering Stakeholders’ Conference and National Risk Assessment (NRA) Kick-Off on February 1.

This training program and conference launched a three-year, USD $390,000 project funded by the U.S. Embassy as a means of supporting Suriname’s efforts to combat money laundering.  The project was developed in close collaboration with the Government of Suriname in order to tailor it to local needs.

The two-day technical training workshop was designed to prepare government officials to complete the National Money Laundering and Terrorist Financing Risk Assessment (NRA) recommended by the Caribbean Financial Action Task Force.  The Stakeholders’ Conference then drew together a broader audience of private entities who will be involved in drafting the NRA, with the aim of developing a thorough understanding of the types of risks facing Suriname.  The final NRA includes input from government and private entities on the sectoral risks of money laundering.  This self-assessment is intended to help countries develop their capacity to collect and analyze data, statistics, and information, and introduce a risk-based approach to combatting money laundering.  Completing the NRA is a key step in combatting transnational crime and securing Suriname’s unhindered access to international financial markets.