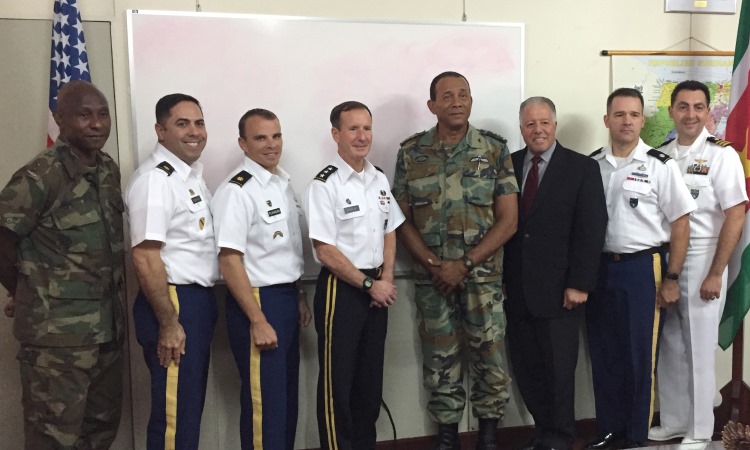 Lieutenant General Joseph DiSalvo, the Deputy Commander at U.S. Southern Command (SOUTHCOM), and Mr. Michael Droz, Deputy Director for Operations at SOUTHCOM recently traveled to Suriname to meet with Suriname’s Minister of Defense, the Acting Chief of Defense, and their respective staffs.  This was LTG DiSalvo’s and Mr. Droz’s first visit to Suriname and they came here to discuss on-going and future engagements between the Suriname Defense Force and U.S. Southern Command.